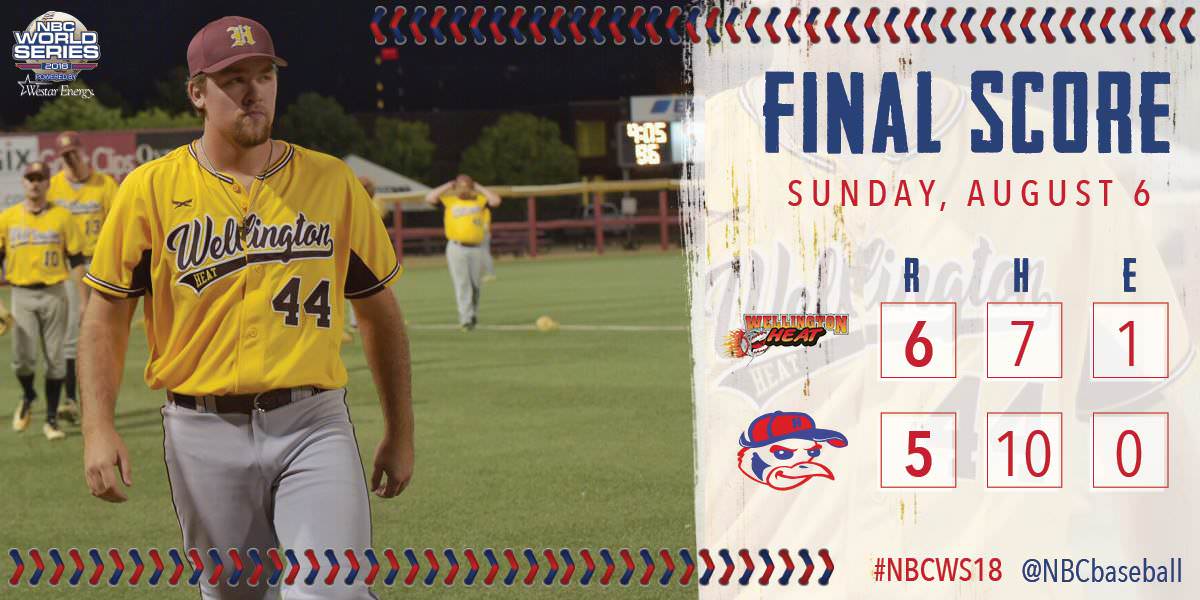 Next game is scheduled for Tuesday at 1pm, against the Clarinda A's.

The Wellington Heat are the only undefeated Kansas League team in the NBC World Series. The KCLB is now 2-0 against the other Kansas Leagues. (Jayhawks and Sunflower)

KCLB win total now rises to 5-1 in the NBC tournament.